This post is a long-winded mess, and probably won’t make much sense. I’m posting it anyhow. Sorry.

It’s always struck me how many Americans (at least those living west of the Rockies) will say that they are going “back east” when they are travelling to just about anywhere east of Chicago. Sometimes they are actually returning to the east – so the phrase makes literal sense. Many times they are not, so it doesn’t.

Maybe it’s more “going back” like there’s some element of time travel involved… weird but maybe not weird. That would make east the past, and in that case I guess “west” represents the future.

It kinda makes sense. In this country the west has always held opportunity and promise. Cowboys. Gold rush. Pioneering lifestyle. Silicon Valleys and tech bros. The sun sets in the west; the sun sets in the future. We’re always chasing it. There’s a cool idea in there somewhere.

So why would I wake up in the middle of the night with all this stuff swimming around in my head?

I’ve been working on concepts for a client of ours. They are going to be building what looks to be a pretty cool mixed-use development just across the river, at the foot of the Tower Bridge. 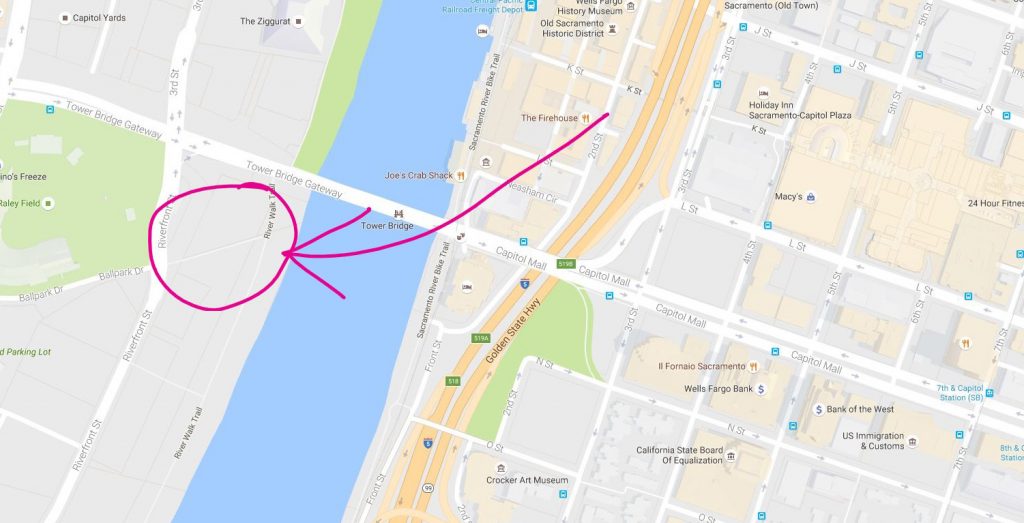 It’s even going to have a beach along the riverwalk

I want this project’s brand to draw from the stuff that’s cool about the location; not just by labelling it, but by using it to evoke some kinda of feeling. To poke people in the forehead while demanding they imagine a world in which West Sacramento is more than Sacramento’s geographic equivalent to a red-headed step child. No offense to red-headed step children.

That conversation had to start somewhere. First we needed to come up a with a name.

The conversation had to start somewhere. We needed to come up a with a name.

There’s a weird thing about the naming of many mixed-use and residential projects like this one. There’s a number of noticeable patterns, and more often than not they 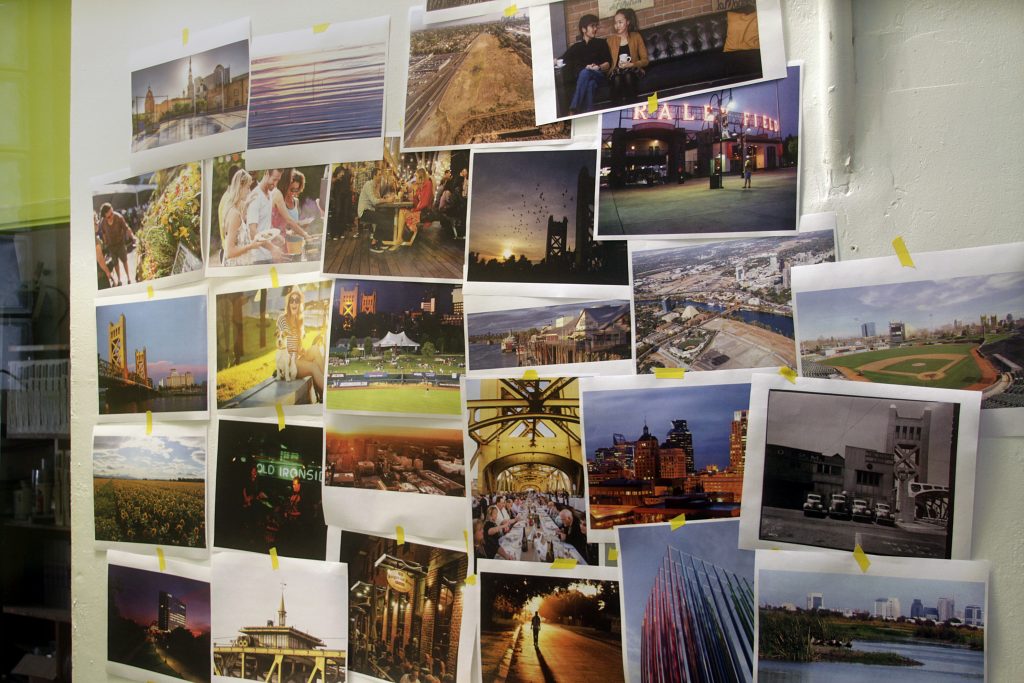 The big wall of wall-sized wallspiration

I didn’t just want to pull ideas for names off of a checklist, so we really dove into the whole thing. Looking for the tone. Building mood boards. Whitney and Ashley helped build a wall-sized collection of wallspiration. All of that helped, but didn’t help. Not all the way.

I was convinced that to really resonate with the target buyer, this brand needed a very strong emotional foundation and not just a visual one.

This brand needed a strong emotional foundation, not just a visual one.

Which loops us back to the start of this post.

The ideas behind this development, why it is designed the way it is, where it is located, even the buyer market it is targeting… I woke up in the middle of the night and suddenly all the excess gobbledy-gook fell away and it was obvious that the development had named itself West.

I’m glad I wrote it down.