I’ve recently changed my work computer interface to a different setup. I’m now using dual monitors, with one of them being a touch screen and lying nearly flat on my drafting table.

Suddenly analog and digital were operating on the same level.

The idea for this setup occurred to me when I was working late at home late one night. I was laying out an ad – mostly sketching on paper, but I had my little tablet out to reference some stuff I needed while drawing.

I noticed that having the digital device sitting there flat among the pile of papers equalized the hierarchy of my design tools; suddenly analog and digital were operating on the same level. Literally. I know it’s just psychological, but so much of the time digital devices seem to make pen and paper their bitch.

Sometimes it’s a little too easy for me to start feeling isolated from the work while stuck in some design program, and being able to add any kind of tactile element to using the computer really helps avoid that. I can only hope eventually more design software embraces the idea.

Also, our shop cat Muse likes to perch on the corner, and that’s pretty cute. 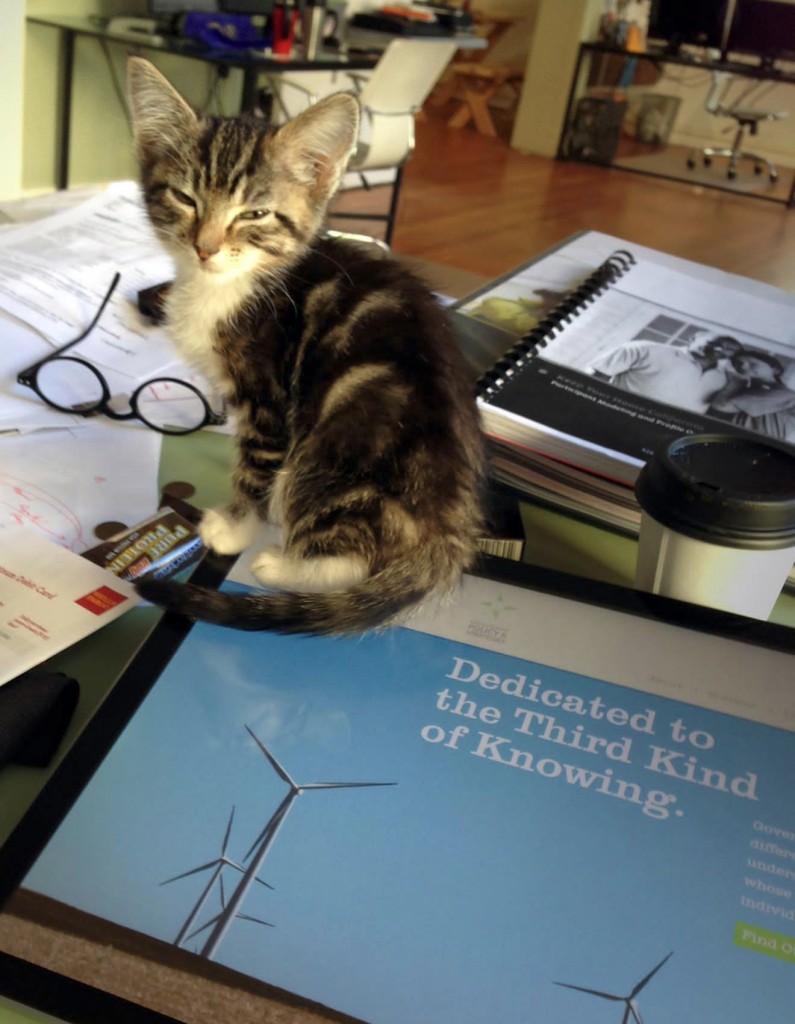