After 45 years, American Airlines has finally updated their brand, replacing this logo:

When I was a little kid there were a handful of brands that really affected me and American Airlines was one of them. No other airline that I ever saw had planes that looked like that; unpainted planes that were gleaming and polished and beautiful. They had nothing to hide. 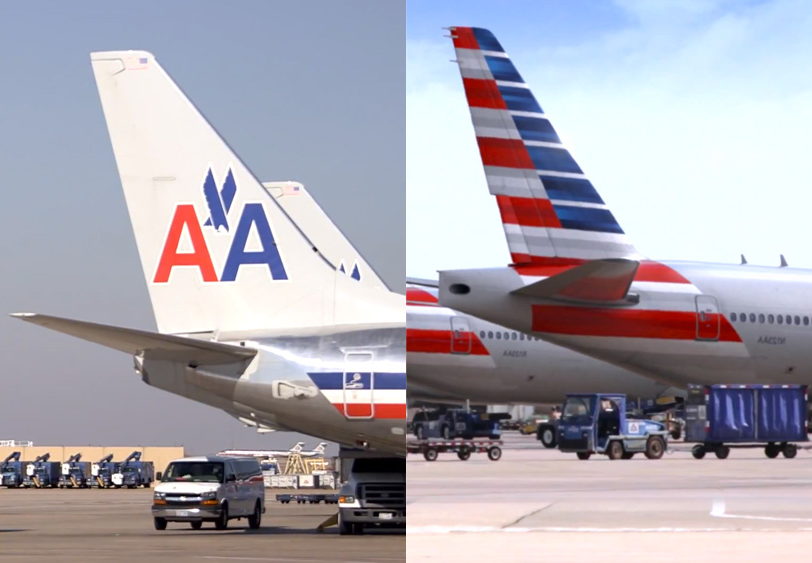 Side note: the US Flag has 13 stripes, American’s tail fin design has 11. American Airlines’ parent company has been operating under Chapter 11 bankruptcy protection for a while so I guess the stripes are their way of giving mad bailout props or whatever.