So generally, I am quite shy. I mean, who wouldn’t be if they were the new person at their new job?

I get too in depth with my nerdy discussions; I realize that I can geek out hard at times.

Luckily for me my first week here was also the opening week for Star Wars: The Force Awakens. And I was itching to have a discussion with someone about it. I typically get too in depth in my nerd-like discussions, and I realize that I can geek out a little hard at times. I mean, who wouldn’t?

My Star Wars discussions were kept on the “Loki” (see what I did there?) for my first week. Do you know how hard that was? I mean way to put a nerd through the ultimate test! 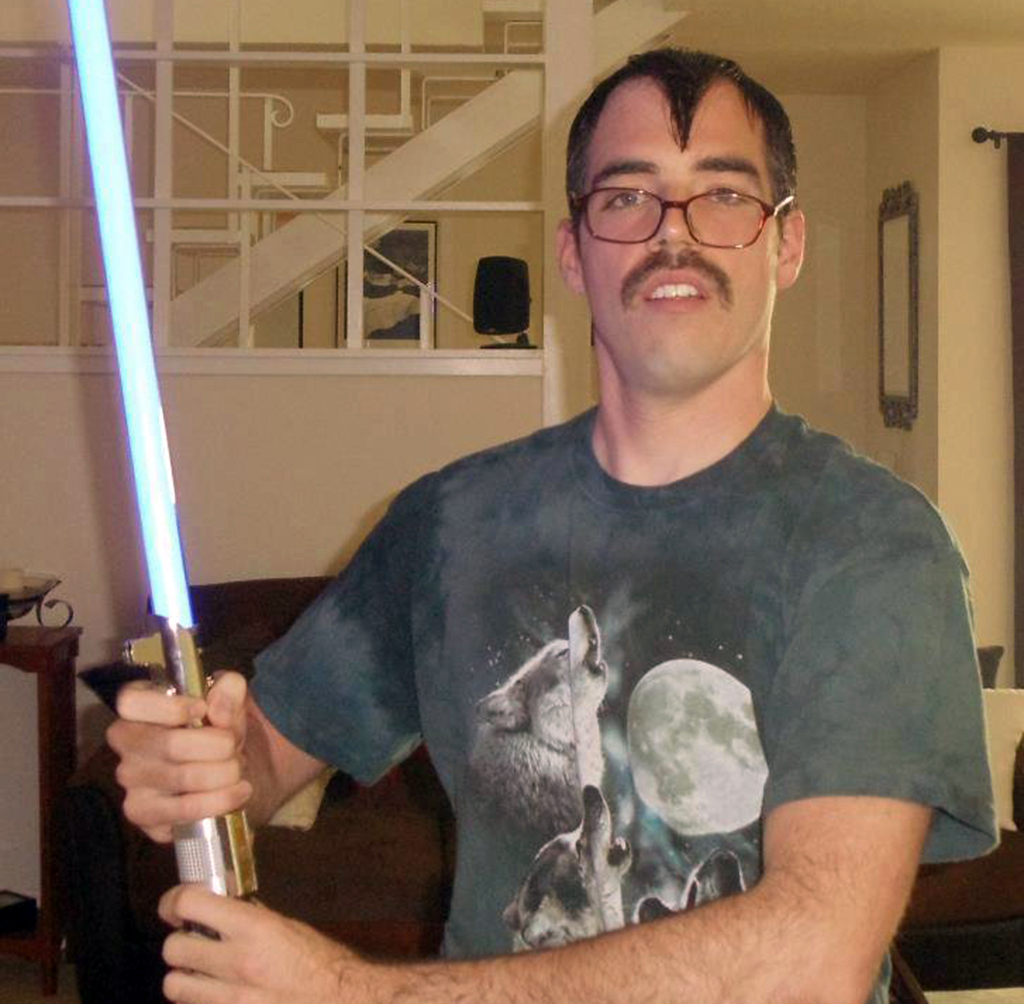 This picture was taken on Friday, December 18, 2015. I was really happy that day.

So that Friday, I dressed in my Star Wars best…. without being obvious. I aquired some BB8 socks,  put on my rebel-like boots and jacket, and wore my Boba Fett watercolor shirt to tie it all together. Any Star Wars fan would be able to spot the semi obvious Jedi clothing.

The whole duration of the day went on as per ush. Hours were ticking by until I got to go to see the movie of the year later that evening.

I blurted out “Well it’s too early to bring out my lightsaber!”

5 pm rolled around and it was almost time to go. Floyd asked me what my plans were for the weekend and it was like a light(saber) lit up in my face. “I’M GOING TO GO SEE STAR WARS!!!!!”

He was rather shocked that I hadn’t brought it up at all that day and that I wasn’t wearing the obvious apparel.

I was so flustered with all the newness and the Star Wars and the lack of representation of my inner Obi-Wan that I blurted out “Well it’s too early to bring out my lightsaber!” Apparently that comment is going to “go down in the books.” I still have not seen this book.

Needless to say I redeemed myself with that comment and I still remain an employee here today.

Thanks for hearing my meaningless Star Wars story and the tale of a noob. Goodnight Everybody!