So, Chevron’s latest campaign really sucks. The campaign has a threatening overtone and when combined with the whole greenwashing thing its got going on, it really makes me want to pull down my pants and scream and shake my fists at the world. In answer to the campaign’s question/title “Will you join us?”, no I won’t.

It seems their spelling was damaged, and someone made a handwritten comment on their note pointing this out.

Even though I hate to admit it, I think the campaign will work “okay” for them though as far as metrics, hits, impressions, blahblahblah. In the short term anyhow. Guess it’s best to flip them off, shrug and move on.

I was walking home last night late (often the case) and I saw one of their transit pieces – the one with the copy “I WILL UNPLUG STUFF MORE” written across the subject’s face. 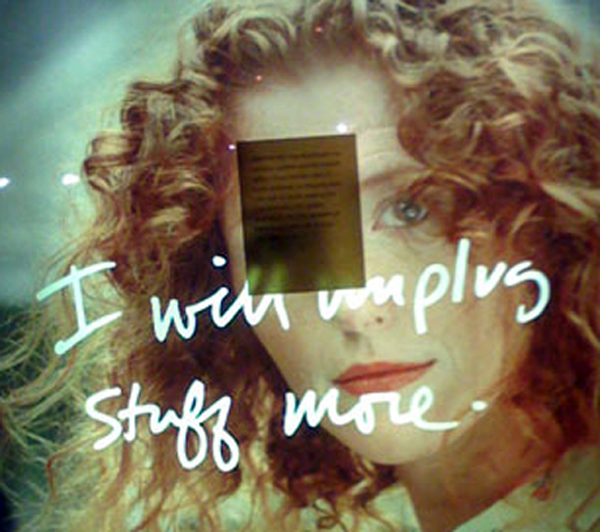 Someone had pasted a note over her eye.  It was very pretty, so I got curious and took a closer look.

I found something I didn’t expect. A note from someone who’s nervous system was damaged by Scientology.  Well, Siontology actually. It seems their spelling was damaged as well, and someone even made a handwritten comment on their note pointing this out.

Seeing this small moment of dialogue happening on top of Chevron’s offensive advertising really made me smile. Even crappy ads can at least serve as a canvas for conversation.

And no, I still won’t join you.