One fine summer, for my husband’s birthday, my best friend (who worked in Disneyland at the time) and I decided to surprise him with a trip to Disneyland.

We first bumped into our friend Sean (you might know him as Sean Astin; he stars in popular films such as The Lord of The Rings, The Goonies and Rudy) outside of the Tortilla Factory in California Adventure. Anywho, Sean got hungry so he went into the Tortilla Factory to get a bite to eat so we went on to the next ride. Don’t bother looking for the Tortilla Factory now, it’s long gone. Which is a shame because they made really good tortillas. 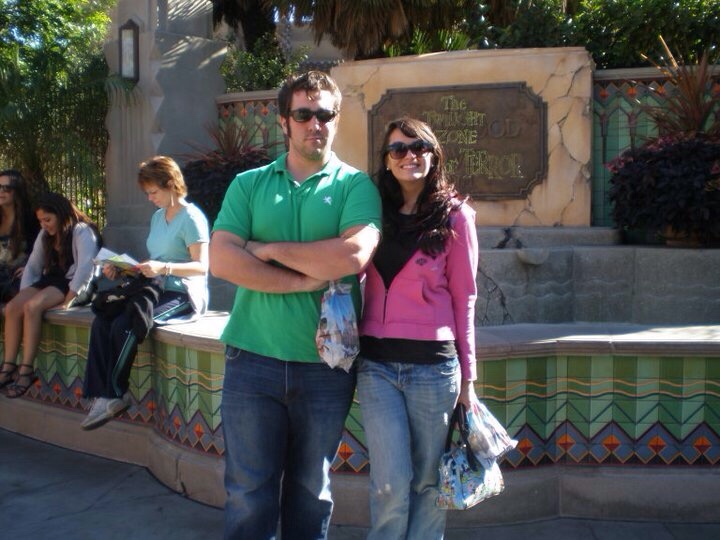 We went on ahead and got in line for California Screamin’ while we waited to see if he’d catch up to us. Since we didn’t have any Plaids with us like Sean did (Plaids are the V.I.P Tour guides for celebrities) we had to wait in the normal line like plebs.

I will never forget the day we hung out with Samwise Gamgee at Disneyland.

Well, after he ate some delicious warm tortillas, he got to go through the exit line to meet us on California Screamin’ but wouldn’t you know it, we beat him to the carts. As we were waiting for the initial take off we saw him about to get in his cart with his family. It was loud on the coaster (it isn’t called California Screamin’ for nothing) so I smiled and waved at Sean so he knew where we were. He smiled and waved back right as the coaster was taking off which got my friend and I SCREAMING. Haha oh Sean.

We finished up on the ride before he and his family were done so we met him over on Toy Story Mania to do some 4D midway style shooting. Since he was boarded in a separate cart from us, we didn’t get to see his score, but I am pretty sure that we beat him.

After we were done there, we went our separate ways from Sean until we met up with him again in the evening. My friend got us the hookup for V.I.P seating for the fireworks in front of the castle. Our seats were the row right before Sean and his family. We were close. If you could imagine that if I yawned and stretched my arms back, I would have hit him close.

Since photography is prohibited in that area we obviously have no photo proof. After the half hour long show of sitting right in front of Sean, we parted ways with our dear friend, when the show was over. I will never forget the day we hung out with Sean Astin, Samwise Gamgee at Disneyland.

…Did any of this actually happen?

Seeing Sean Astin that day is as real as the wind. It’s true I saw him that day. We saw him at the Tortilla Factory, we went on all the rides together, he smiled and waved at me (which made me scream), and we saw the fireworks together. The other details are imagined. Because I prefer it that way.

The KLF
A Melody From A Past Life Kee