Many years ago Stephen and Floyd let me store my drum kit up in the EMRL attic. We all played them now and then, but eventually they became forgotten. Time passed and I rarely ever thought of my drums. During the forgotten years pigeons broke in to the attic. In time the pigeons moved on, but not before leaving their mark upon my drums. Time passed. 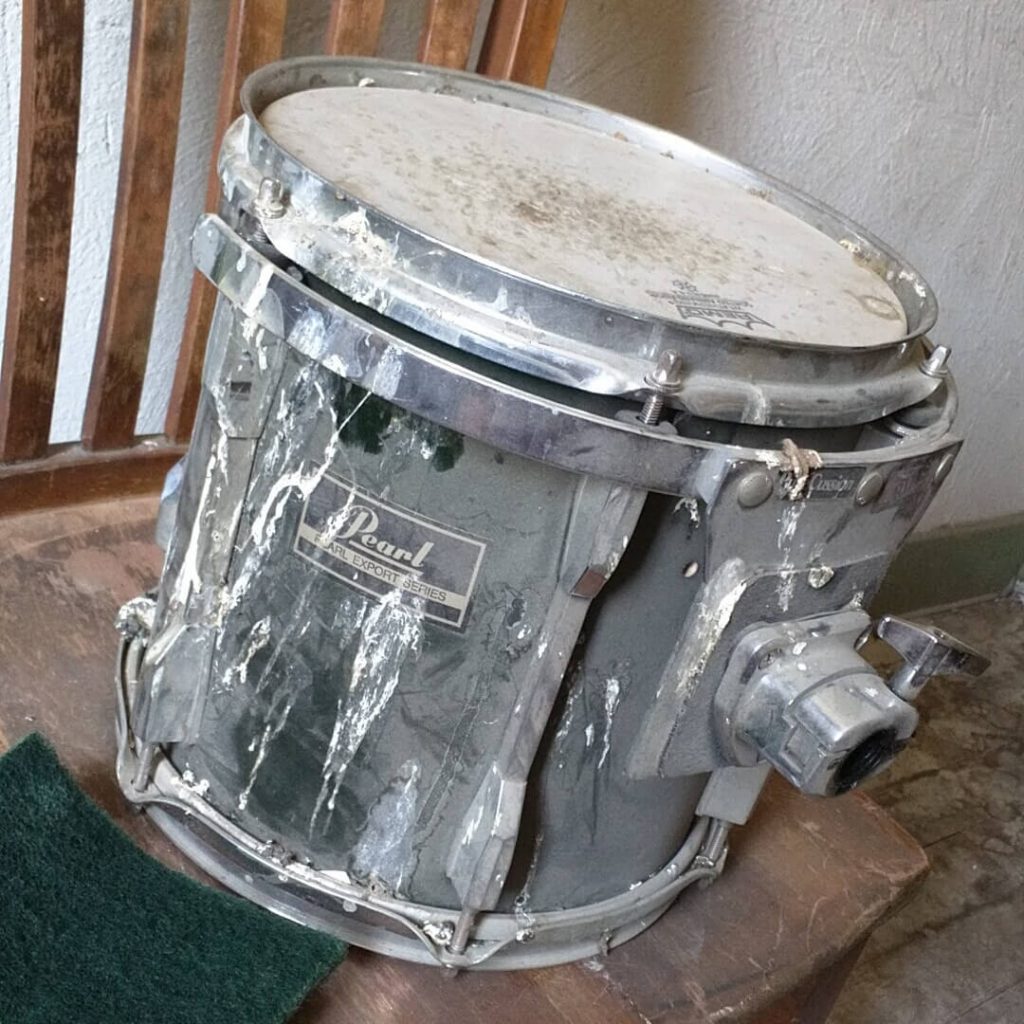 Waves of regret would come to me now and again for neglecting my drums and my ability to play. But in time an even greater shame came to accompany my regret; I had neglected relationships…friendships.

I didn’t have the courage to approach Floyd after so many years had passed. I didn’t want to contact him. I used to be his camera assistant, and to no fault of his – I just quit and walked away one day. The bottom fell out and I have never had the desire to return to camera work again.

I made my way up to the attic where I would only catch fleeting glimpses of Floyd, flattened down low crawling the rafters on all fours.

As a result, a once abiding trust between he and I was now just a memory. This upped the difficulty level considerably. I couldn’t just suddenly show up again after all this time. I was afraid of facing some kind of scorn I had imagined. Occasionally during these forgotten years, Stephen would reach out to me. He would send me texts. ‘Trog!’ or ‘Ground control to major tom’ – stuff like that. He would call me too, but I wouldn’t pick up. More time passed.

I dreamed one night that Stephen summoned me to the EMRL. When I got there, he explained to me that Floyd had been gone for awhile.

“He’s been stuck up there in the attic. It’s been awhile. He won’t come down”.

I made my way up to the attic where I would only catch fleeting glimpses of Floyd. He was flattened down low crawling the rafters on all fours. I made my way to a spot nearby him.

“I hope you can come back down. We need you down there. Everybody needs you”.

Shortly after that dream, I decided to reach out to Stephen. He likes Mikuni. I bought him lunch and we caught up. Afterward we walked back down the alleys toward the Tentherloin. About a block from the EMRL Stephen says to me “you should come up and say hi to Floyd”. I was struck with panic and fear for a minute, but after some gentle encouragement I found the courage to walk up those stairs and go in to the EMRL and talk to my old friend. All those years of reclusive regret melted away in a few moments of friendly chatting. Things weren’t as bad as I had imagined them to be. I’m glad Stephen encouraged me and helped me find the courage to come up and say hello.

I kept contact this time, and one thing led to another some months later. It was time to get another thorn out of my side. Enough was enough, I knew I had to do something about those drums. So I hazmatted up, grabbed some acetone, Pine-Sol, Windex, my tools, towels, sand paper and scuff pads and headed up in to the attic. A few weeks of hard work, and a few hundred dollars later, I had my drums back. 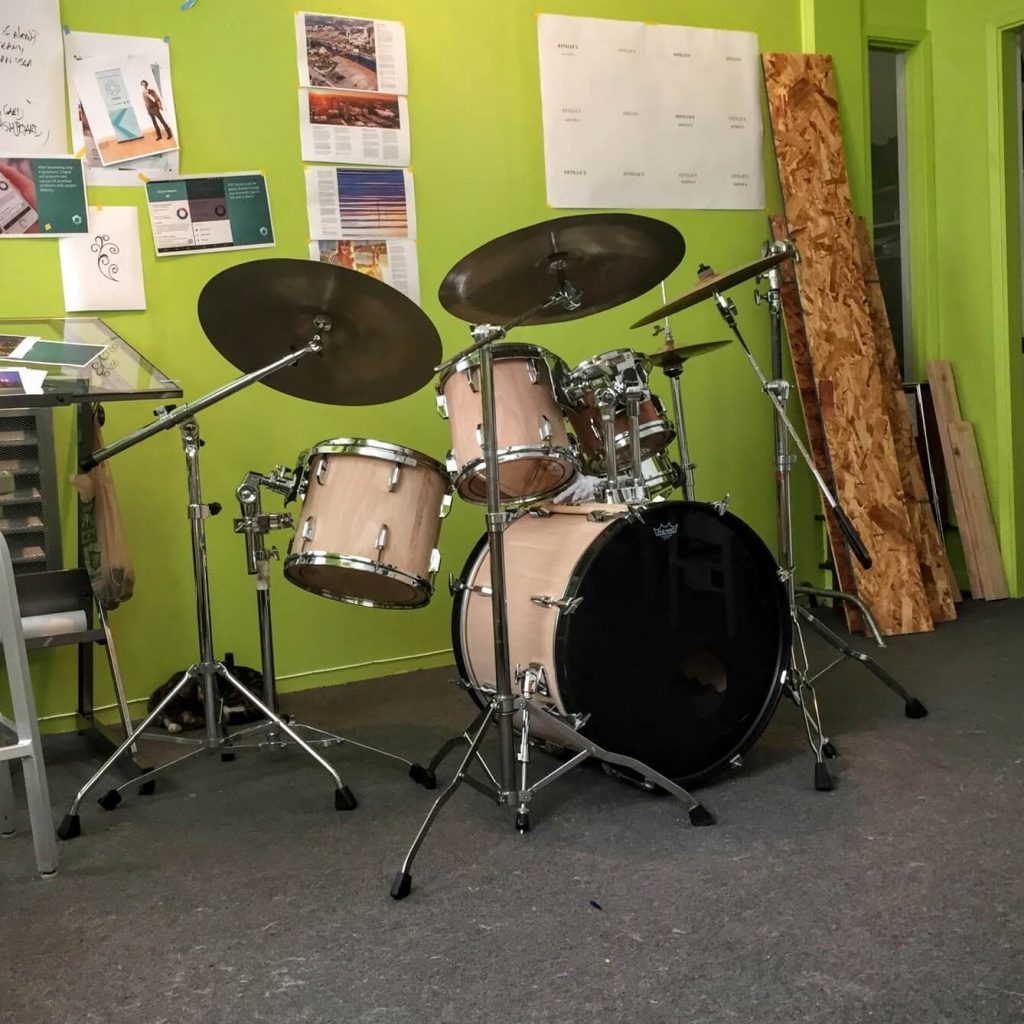