I’ve always tried to be a creative person, but I usually just end up tagging along with the creative people hoping it will somehow rub off on me. The only praise I ever got on my creative attempts was from my mom. Thanks mom! But that’s ok, I somehow landed this job where I get to watch some talented, creative people do great work!

The only praise I got on my creative attempts was from my mom. Thanks mom!

A few weeks ago, I got to follow around these said talented, creative people as they stepped out of their designer comfort zones and stepped into an unfamiliar world of photography.

Our designers, Ashley, Whitney, and me (the wanna-be creative genius) gathered around in our back room as Floyd trained them on the basics for using the Hasselblad 500C/M and it’s not-so-cool Soviet imposter, the Kiev 88, or as Floyd calls it, the “Hasselbladsky.”

These cameras were intimidating to say the least. Lots of moving parts; parts that would be completely unfamiliar to a majority of people from Ashley, Whitney, and I’s generation. Floyd’s go-to instruction book was from 1968 to give you an idea of the age of these cameras. In fact, the Hasselblad was the camera that NASA used to take pictures on the moon during the Apollo missions. Cool stuff.

I’ve never seen a gun being taken apart piece by piece, but I imagine it’d look something like it did when Floyd was explaining the parts of these cameras. One part was even called a magazine. Oh, and you aim and shoot both (ba-dum-chhh).

It didn’t help that we forgot to clarify how to actually take a photo.

After the tutorial, Ashley, Whitney, and I set out on a mission through downtown, looking for inspiring subjects to practice on. Ashley started with the Hasselblad, aka “the fancy” and Whitney, the Kiev. Both cameras had 12 pictures; they each took 6 and then switched.

It was a slow start, they wanted every picture to count since they only had 12 to work with, and it didn’t help that we forgot to clarify with Floyd how to actually take a photo. [That was intended, sorry :O – Floyd] 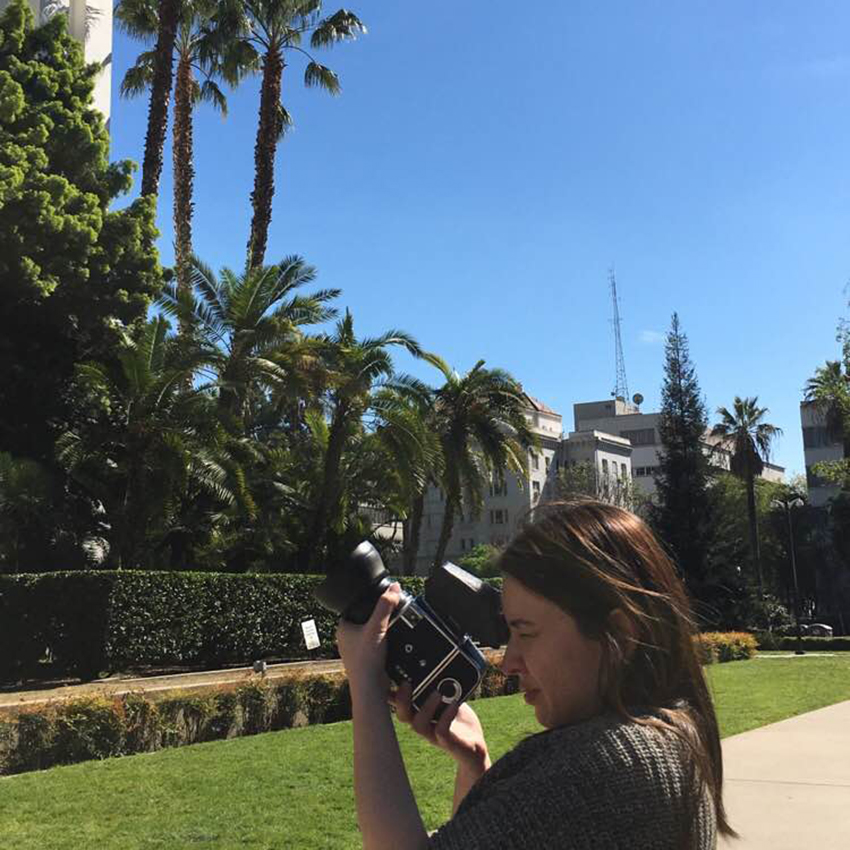 WHITNEY FRAMES UP A SHOT

They eventually figured it out and we set out on our way where they captured old history stuff in Capital Park, the capital building, buildings on K Street, J Street, statues along 11th street, and neat smelly stuff in the alley. 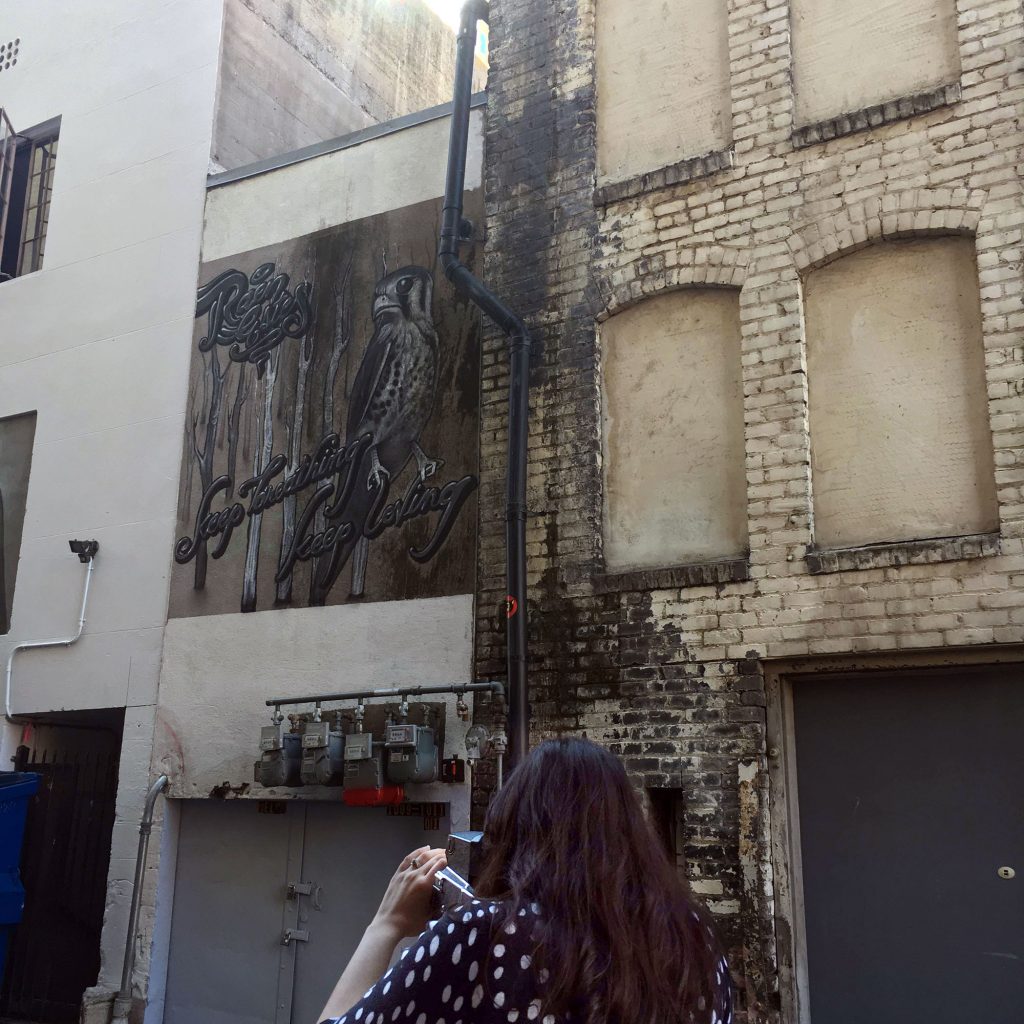 After they were finished we were off to the darkroom (yes our shop has an actual darkroom) where Ashley and Whitney learned how to roll their film in complete darkness, and then process the film themselves.

After the film was developed, they picked the ones they wanted to scan. For their first time using these types of cameras, the photos turned out awesome! 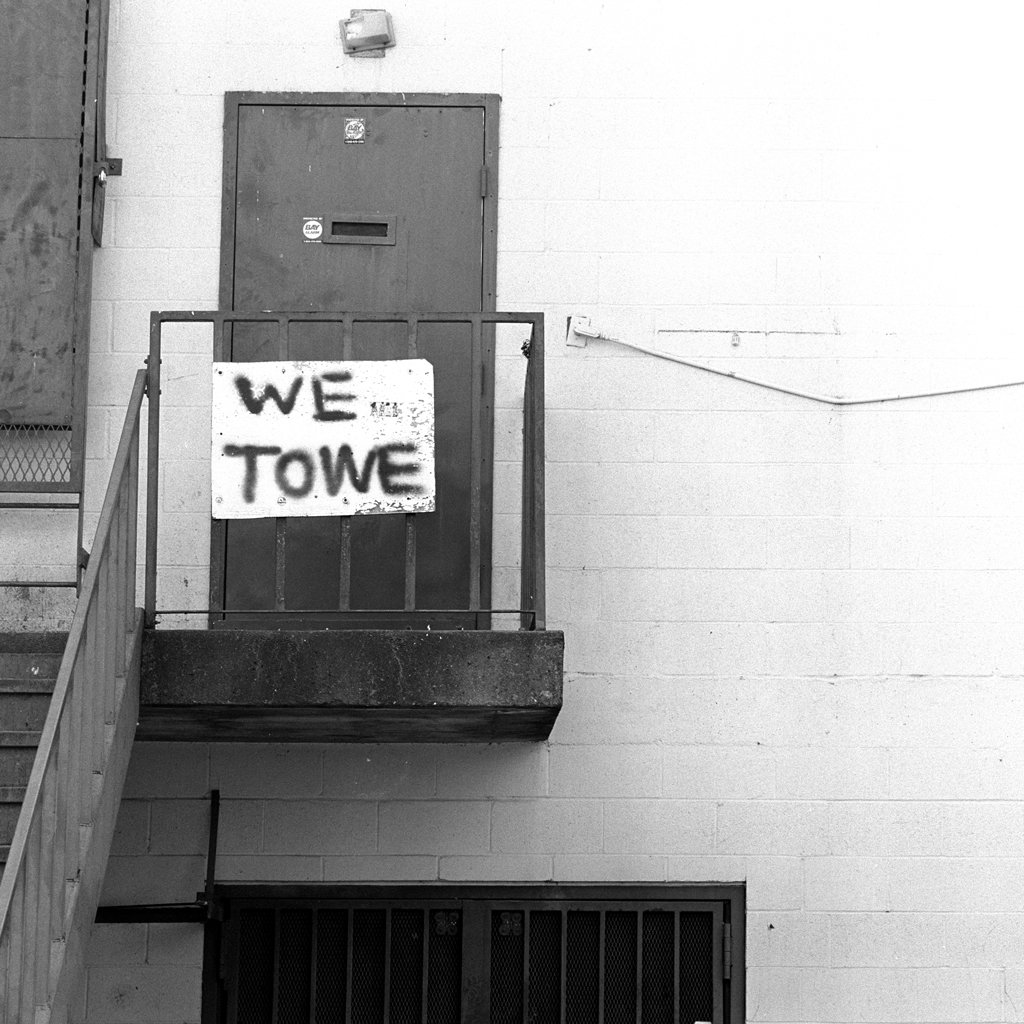 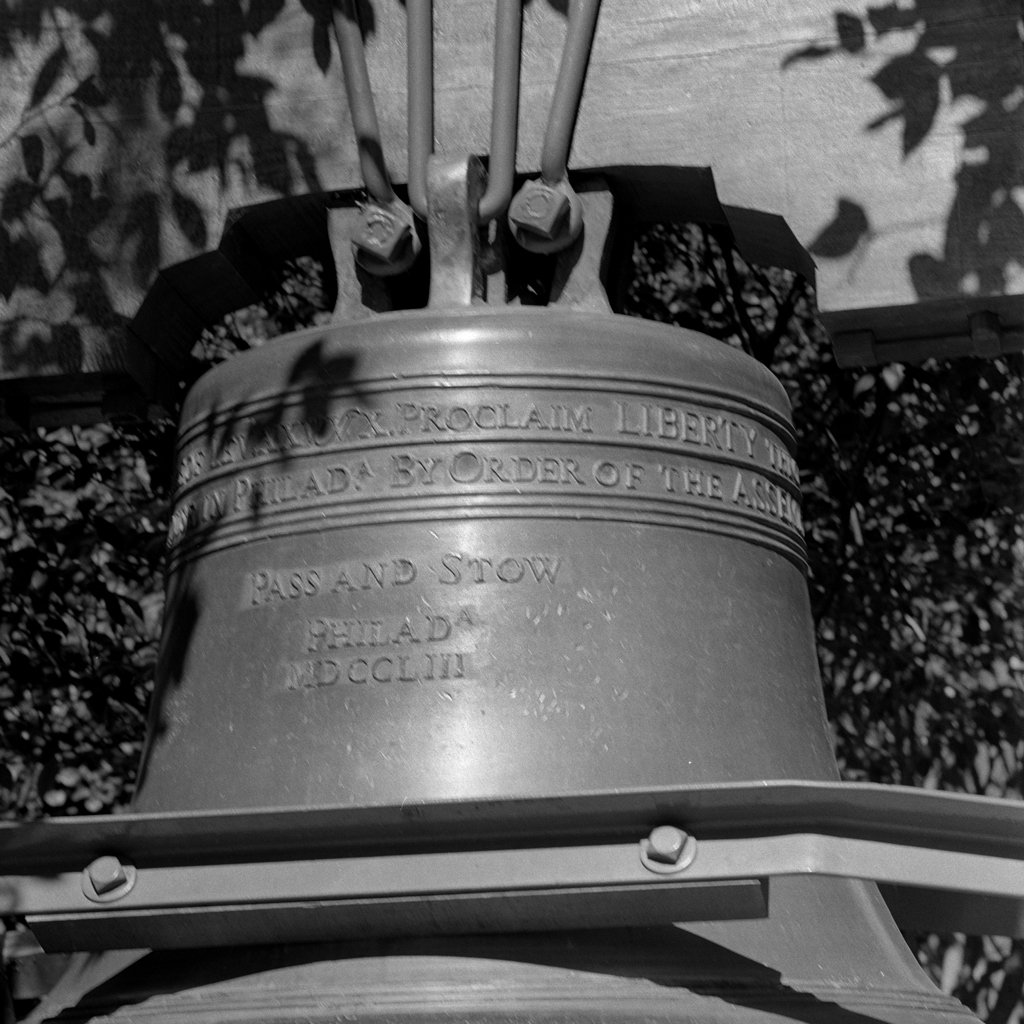 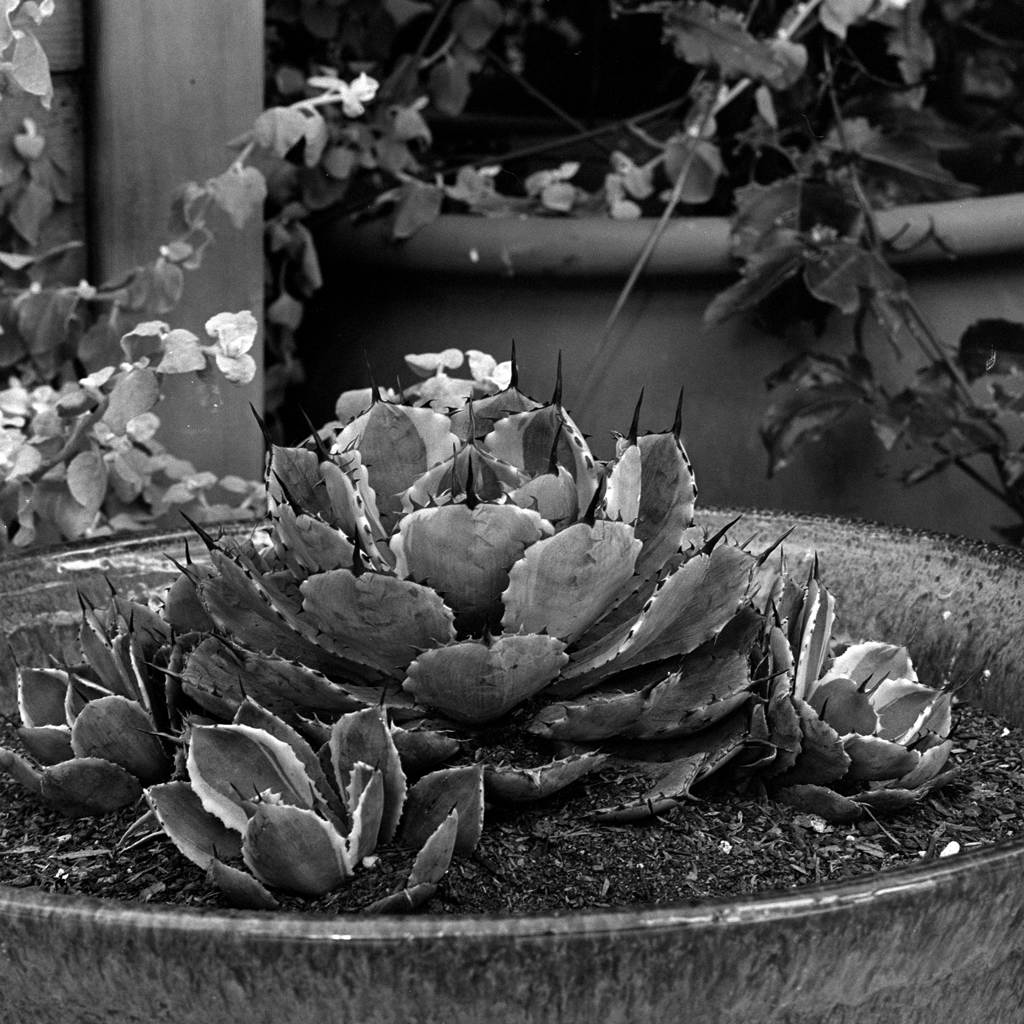 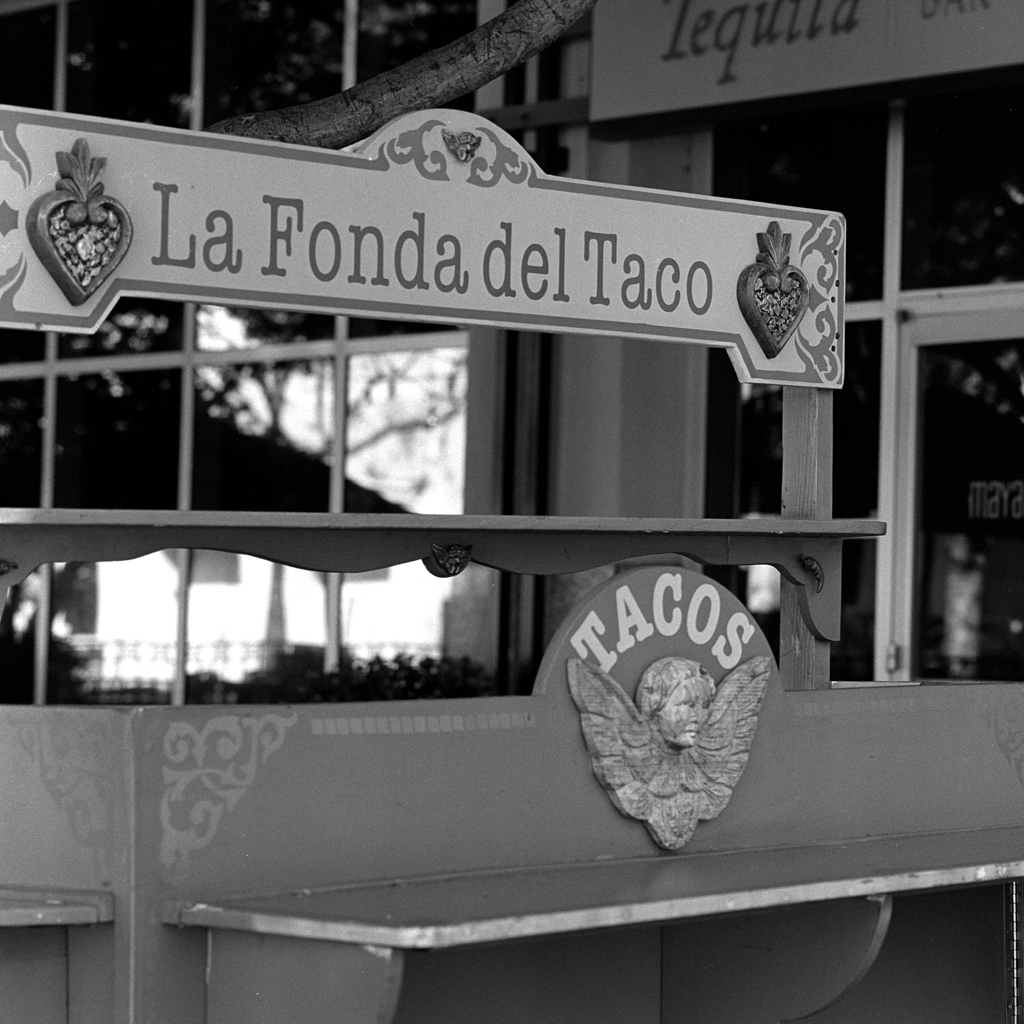 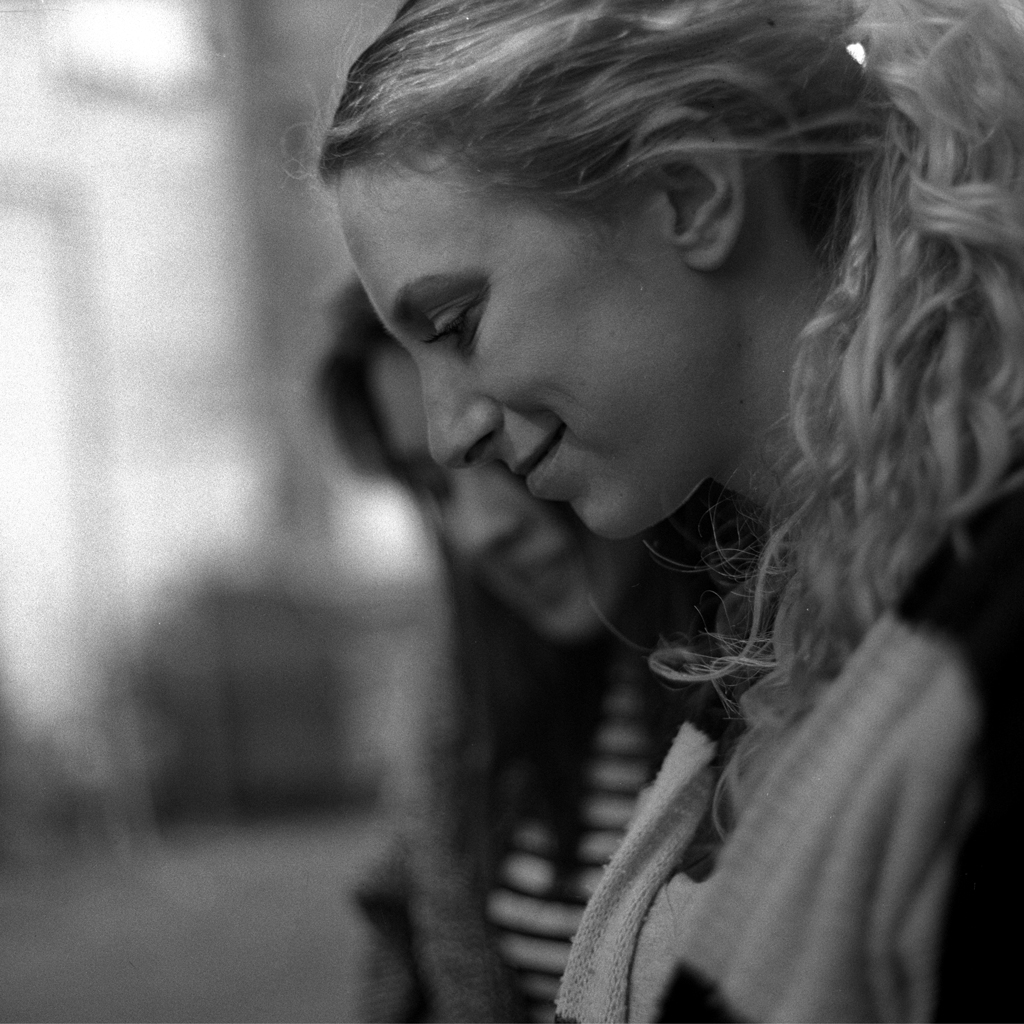 At one point Whitney’s Soviet ghetto camera jammed which made the photo double exposed, but I thought that one still turned out pretty cool (and creepy). 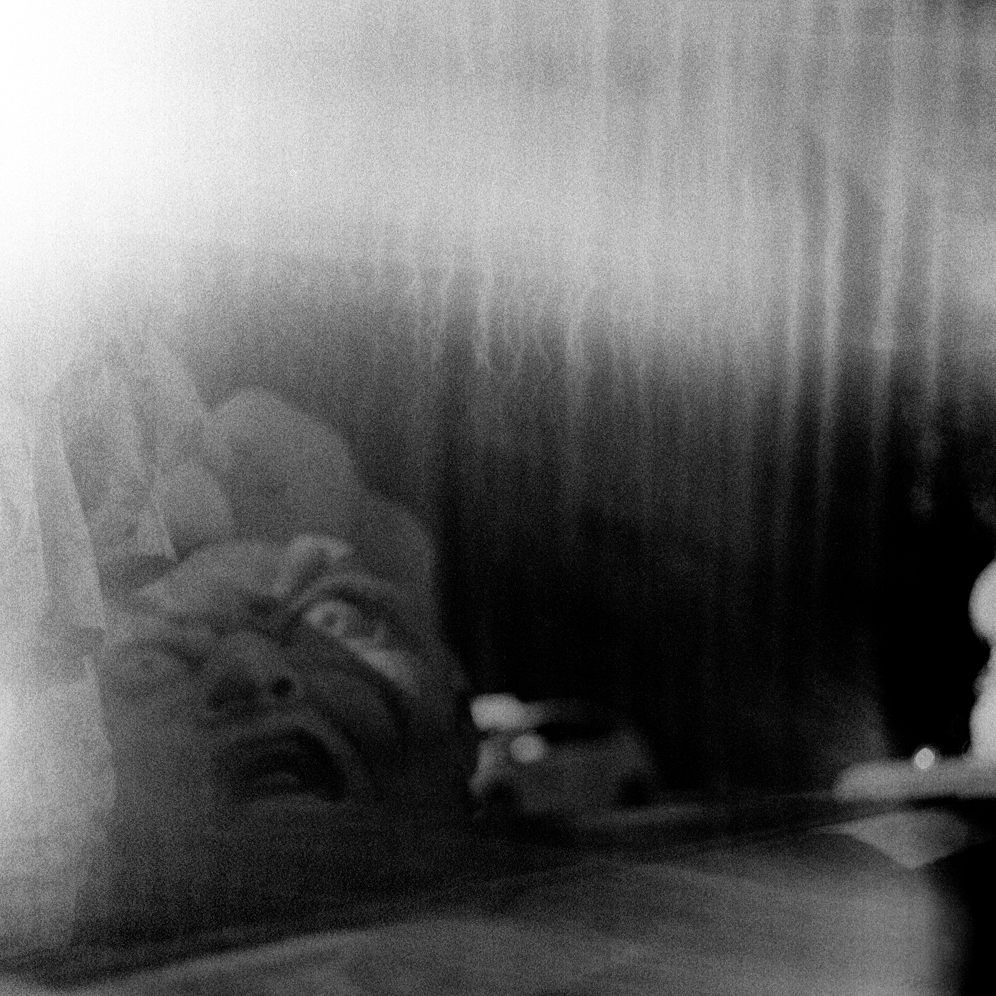 The whole process was fun to be a part of. We all got the chance to step away from our desks and learn something new. I’m excited for what Floyd has in store for us next. I secretly hope it’s dusting off a few of his old instruments and starting a band.