One of my talents in life is being able to absorb historical information like a sponge. The other part of this is I have a relentless need to share the information that I have learned with the world. So here you go. Buckle up buckeroo.

Recently, I learned the history of board games in America, the story of Milton Bradley.

Lithography is a very important to graphic designers. Why? Because it’s like SUPER important that’s why! Begun in Germany in 1796, lithography revolutionized printing on a wide scale. At that time, publishers could not print a practically unlimited quantity of prints. Advertising people, this is the beginning of us! Over the years, improvements in printing made it possible for color to be added to lithography which increased the size of the printing base (18×18, I’ll explain why this is important soon enough) and commercial printing took off! Advertising became huge in the late 1800s.

Milton Bradley was destroyed. No one wanted to put a photo up of a beardless Lincoln.

Okay, so back in 1860, a beardless Abraham Lincoln ran for President. A fellow lithographer named Milton Bradley wanted to cash in on this guy and print all these ads to vote for Lincoln. 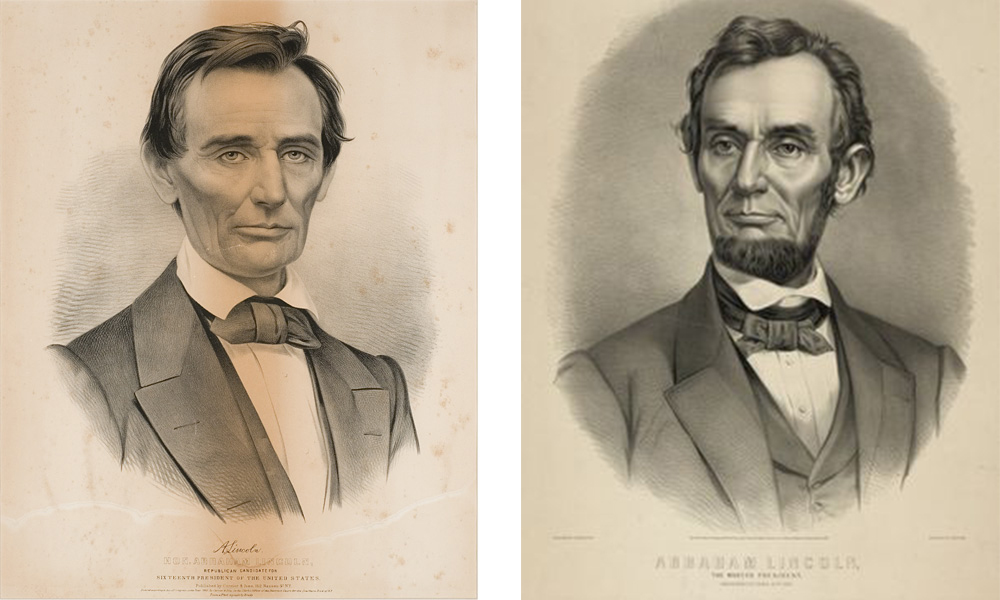 Milton Bradley was destroyed. No one wanted to put a photo up of a beardless Lincoln. Milton Bradley had this giant machine and nothing to print. He soon had the idea to make a purely American game. Using his lithography machine, he printed checkers on an 18×18 format and made The Checkered Game of Life, where players would play from infancy to old age. This spawned easy access to classic and new games that we know and love like, chess, checkers, and Life. 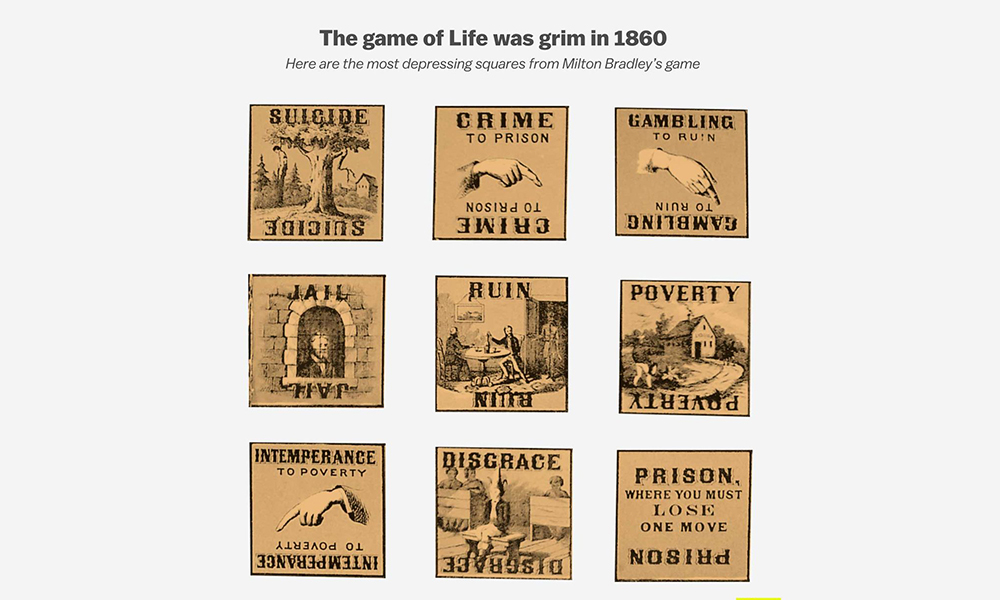 The Game of Life was Intense, is that Suicide I see? 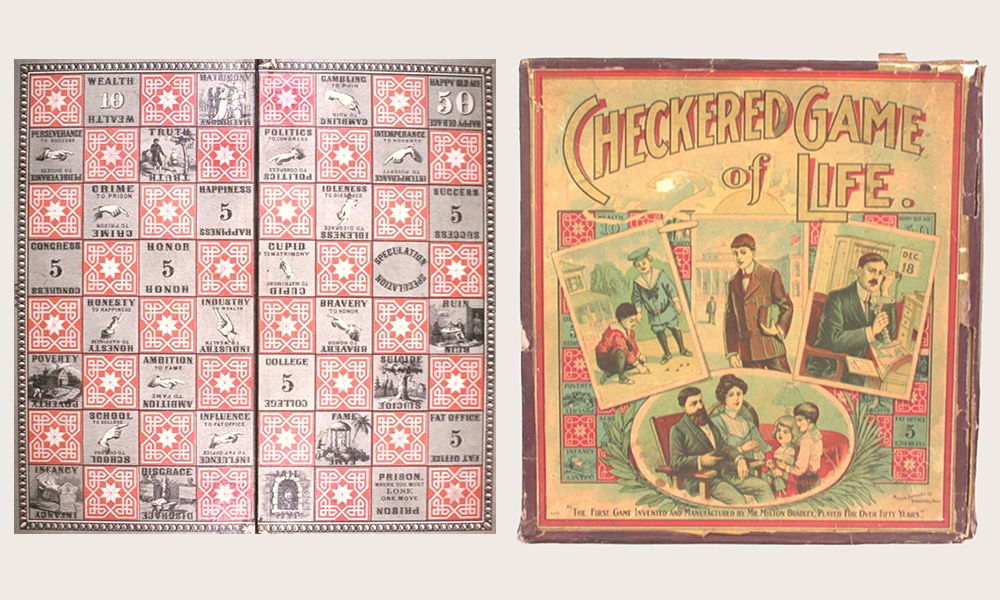 How do you even win this game?

All thanks to an early advertiser who wanted to make cool stuff with the talent and material he had.

I saw this on Drunk History a couple weeks ago and fact checked it, it’s real, it happened.