Last night i was walking home and I saw this transit ad. 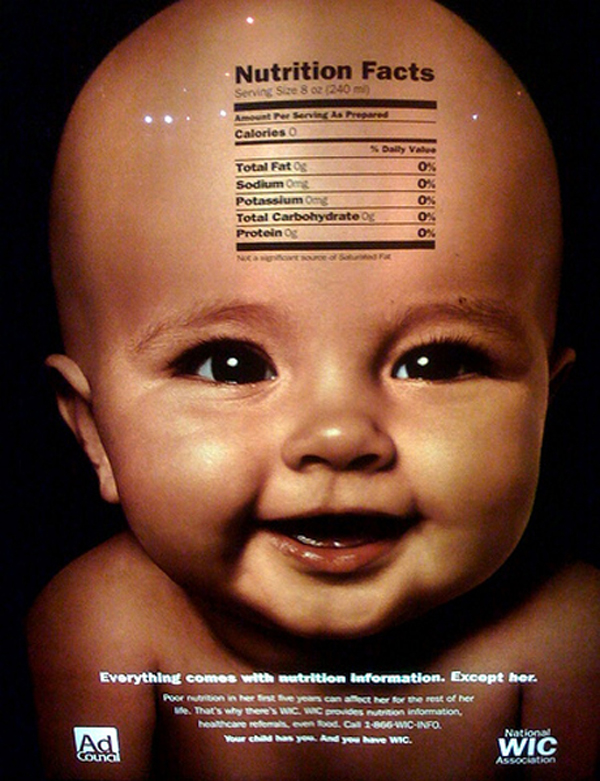 My first thought was “wow, small children don’t have much nutritional value.” This ad seems to be the result of some group of people trying to make a “hard-hitting” ad – I imagine they must have realized it was off the mark at some point, but went ahead with the concept anyhow just for the “shock value.” I don’t think it really does its topic justice. But it is nice to know that an 8 ounce serving of baby has no trans-fat.